This post is a sort of visual companion piece to the Mission: Impossible audio commentaries I've recently recorded with my buddy Dennis Rosenfeld.

Just a few visuals to help illustrate some of the things we talk about. 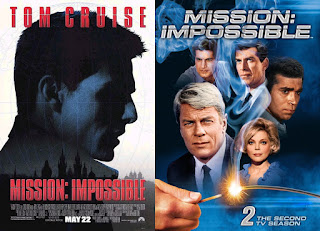 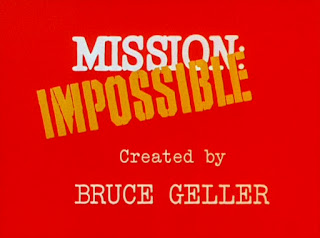 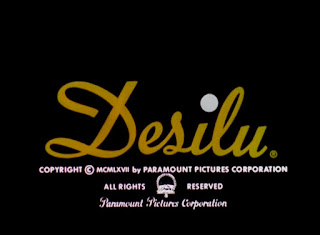 The front of the famous folder: 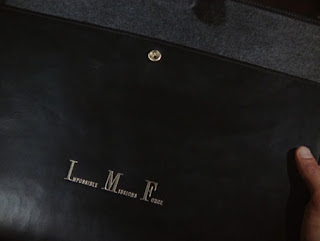 The Apartment
The location of so many mission briefings. Note the monochromatic production design. 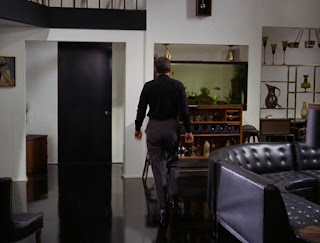 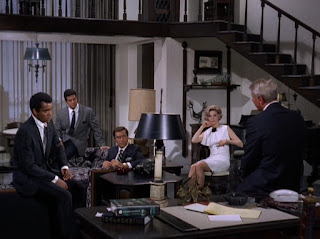 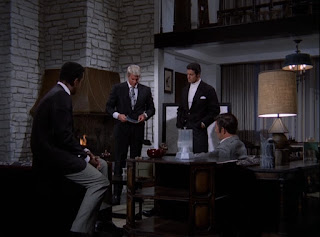 The Masks
From the season 4 episode "Robot" - Leonard Nimoy pulls his mask off without any cutaways, while the camera pushes in dramatically: 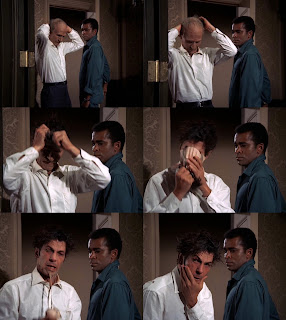 From the season 6 episode "Stone Pillow". Barney walks out of the shot, and the camera follows him. When he returns regular star Lynda Day George has been replaced by guest star Brooke Mills. 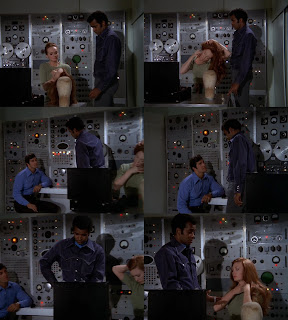 Compare this to a example from the '88 series, where the switch is hidden by moving behind the actor's back: 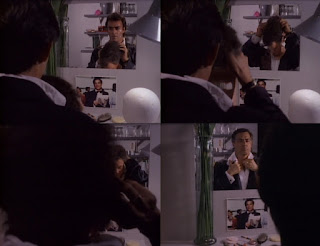 And then the mask sequence from Mission: Impossible III (2006) where Tom Cruise with a rubber mask morphs into Philip Seymour Hoffman right in front of our eyes: 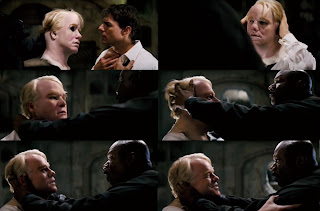 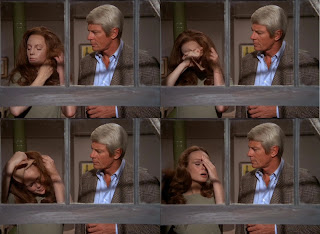 In this example, from the Season 5 episode "Hunted", the mask-off comes with a twist: 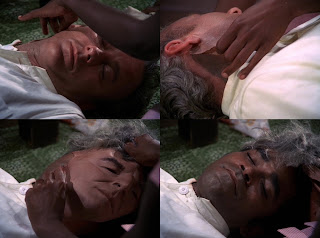 Gellerspeak
A fake language was developed for signs, whenever a mission would take our heroes to an Eastern European country. This was dubbed "gellerspeak". 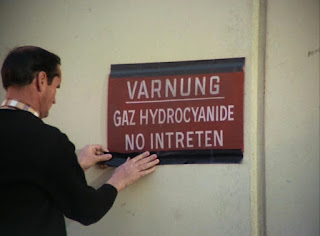 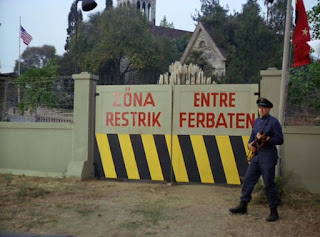 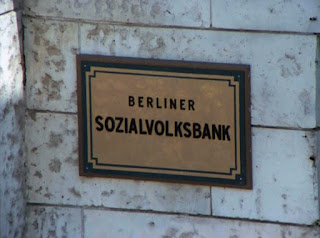 Extra bits
Here's the scene where Dan Briggs gets his mission on a card: 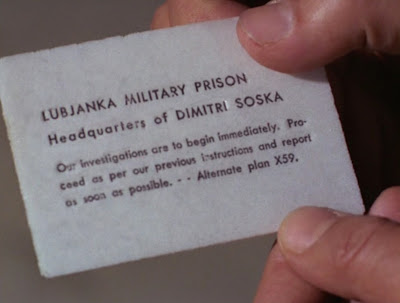 Bradford Dillman as he appears in his other Mission episode, "Stone Pillow" (S6): 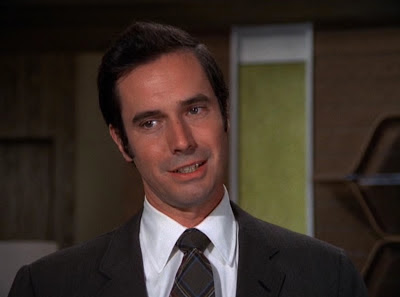 The Other Team (MI 1996)
This is the other IMF team, first as they appear during the embassy mission:

And again, when Ethan Hunt meets with Kittridge in the restaurant:

Deleted scene (MI 1996)
The deleted love-scene between Ethan Hunt and Claire. These are screenshots from the trailer, next to a screenshot of the train compartment for visual reference. 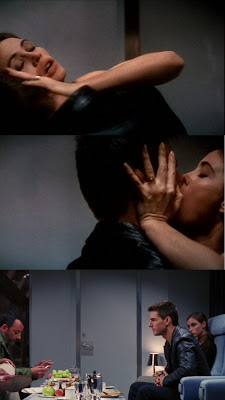 TGV Overview (MI 1996)
This is an overview of the TGV sequence, where the filmmakers have lost track of their characters:

DE PALMA BREAKS THE 4TH WALL (MI 1996)
Here's a few screenshots from the elevator scene, where director Brian De Palma moves his camera past the edge of the set.

Extra bits
Ethan Hunt's codename is "Yankee". And he works the Hezbollah beat!

WRAP-UP
And there you have it. Just a few pictures to complete the Mission: Impossible experience. I'll update this blog if other issues that need visual clarification should arise.
by David Bjerre