The best of 2022! Pure and simple. Impossible to argue with! No one can disagree with these choices. Right? Right! Let's get into it, but first.... 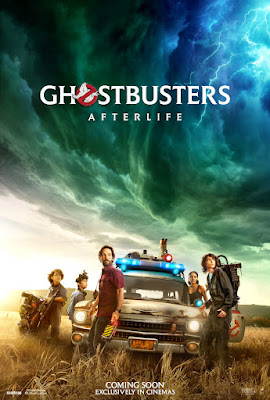 I decided to only do a Top 10 this year, so I have to include a few honourable mentions.

Millie Bobby Brown is once again an absolute delight in the fun Enola Holmes 2 (2022). The pitch perfect rebooted Ghostbusters: Afterlife (2021) almost made the list. As did the record-breaking Oscar-nominated documentary Flugt (2021). I had a blast with Fall (2022), and enjoyed freezing my nuts off in Infinite Storm (2022). 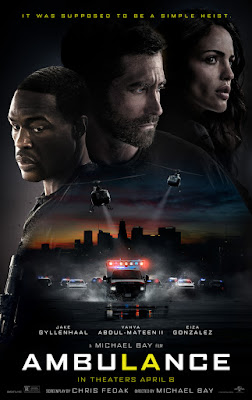 Granted, this film should probably not have snuck into the top 10, but how often do you get a chance to put a Michael Bay film on a year-end top list and piss of the Movie Snobs? Right?

The sheer audacity of taking a small, Danish film - that probably cost less that Michael Bay's weekly hair product budget and runs barely 75 minutes - and turning it into a full on Bayhem action extravaganza! But it works! The original Danish film worked (shout out to director Laurits Munch-Petersen), but this works too. It's the perfect way to do a remake. Admittedly the Bay's version could do with a trim, but when all is said and done I loved the HELL out of this film! I hope Bay remakes Babette's Feast next! Can you image the carnage he'll dish out?! 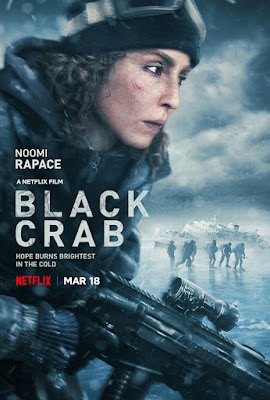 Secret mission with a deadline. A post-apocalyptic world. Snow. Noomi Rapace. Seriously this film was made for me! Love this kind of stuff. Epic, grim goodness from start to finish! 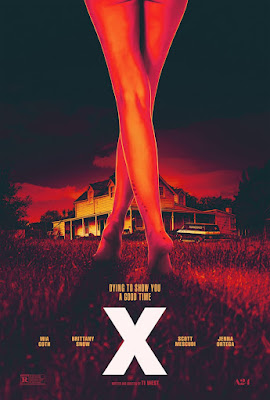 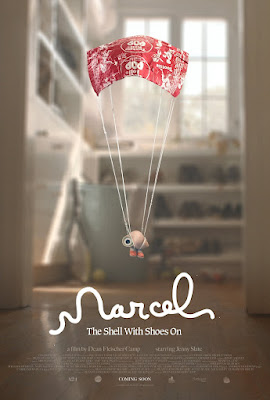 If you've never seen the original Marcel the Shell shorts on YouTube, do yourself a favor and check them out right now.

The simple premise of the original shorts didn't seem substantial enough to support a feature film, but Dean Fleischer-Camp and Jenny Slate have found a story that makes sense in the longer format, without loosing the charm from the shorts. With a tiny stop-motion animated shell this film brings more relatable drama than most live-action movies. Marcel the Shell with Shoes On is a delightful, touching and heartfelt little story, the kind you really should take the time to sit down and enjoy. Your soul will thank you. 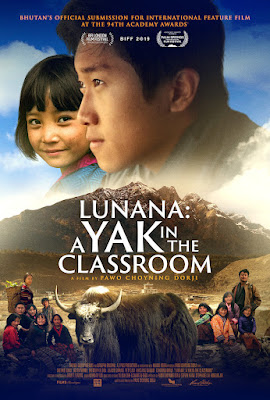 The first ever movie from the country of Bhutan to be nominated for a Best Internation Film Oscar. It's the story of a young teacher sent to the most remote school in the world to teach the kids from a small village, as a sort of punishment by the government. It turns out that the residents of the tiny community are deeply grateful for his presence, and their attitude makes him reconsider his own.

The film is shot on location and most of the participants are not professional actors, but this allows Lunana to hit the perfect kombination of drama and documentary feel. Director Pawo Choyning Dorji guides this story gently to pure perfection without ever hitting a false note or forcing any emotions out of us. Having said that, you will cry like a baby at the end. 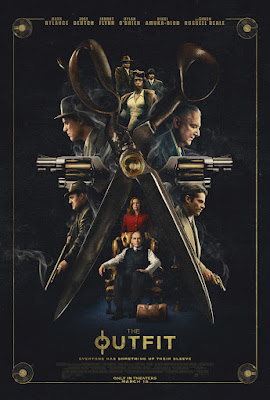 Hiding behind an unassuming setting and ditto lead character, this gem turned out to be a deviously clever little story. At first it's just a simply story about a tailor. Then it turns into a gangster drama, and then it takes a really sharp turn. Mark Rylance is monumentally cool in the lead as the soft spoken tailor, sorry, cutter (he doesn't like being called a tailor), who sees nothing and hears nothing - except of course when he does. I love one-location movies like this, I love the razor sharp focus of the story, I love the classy vibe that runs through every moment of this film. Pure perfection. 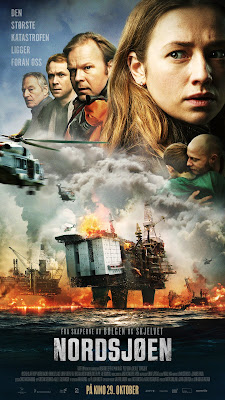 I can't get enough of those Norwegian disaster movies, and this one was the best so far. It takes place in an interesting location (an oil rig), it features some very cool tech (an underwater robot snake thingy) and it brings us a really kick-ass lead (Kristine Kujath Thorp) that it's impossible not to root for.. On top of that the story is built on a very scary disaster scenario, which the movie backs up with some stunning effects. The Americans could learn a lot from the Norwegians when it comes to disaster movies. They should start by watching Nordsjøen on repeat! 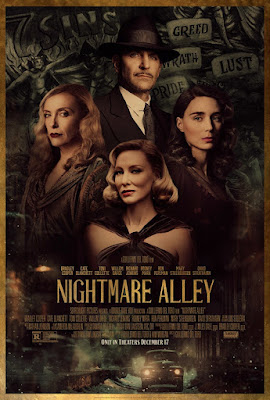 William Lindsay Gresham's novel was already filmed once in 1947, as an ice cold, highly effective black and white movie that unfortunately couldn't punch quite as hard as the book, due to the Hollywood censors. Guillermo del Toro's take isn't bound by such foolish limitations, so he can go all in on the darker aspects of the story, and so he does! This is the perfect combination of director and material. The clever con man, the traveling circus setting, the devious plan, Del Toro was made to bring this stuff to life. Even the gorgeous 1947 black and white images are bested by this modern take, thanks to cinematographer Dan Laustsen's Oscar-nominated work. Stunning. Dark. Impossible to shake. Especially that last scene. 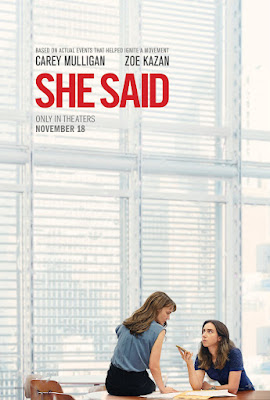 The story about how journalists Jodi Kantor and Megan Twohey wrote the New York Times article "Harvey Weinstein Paid Off Sexual Harassment Accusers for Decades", and lit a fire under the #MeToo moviement, is both a sobering reality-check and an intriguing detective story.

Director Maria Schrader keeps everything super-serious and on the level. She shies away from the conspiratorial threads of the novel, and she reduces Weinstein's voice as much as possible, making sure to focus on the women, and their voices, a perfect choice for this story that could easily have turned into a sensational screech.

Just watch the moment where Megan confronts Weinstein and his entire team. Filmed through a glass window, with Weinstein's back to the camera, squarely focus on the determined reporter, who knows she's listening to a monster's death rattle, while the actual sound of Harvey and his lawyers are reduced to a faint murmur. They no longer have a voice. Highly effective filmmaking. 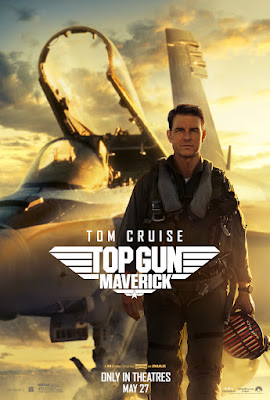 "The end is inevitable, Maverick. Your kind is headed for extinction."
"Maybe so, Sir. But not today."

A Top Gun follow-up seemed both unnecessary, doomed to fail and destined to disappoint. Little did we know that Tom Cruise, The Last Movie Star (™), had a few tricks up his sleeves and a completely different plan. Top Gun: Maverick hits the perfect combination of update, nostalgia and fan service. It strips away all the cringy bits from the original and adds heart and perspective in just the right measure. It's not a deep film, but I wouldn't expect or want it to be either. This is just a good, solid to the core, fun and engaging, kick-ass film that delivers the goods from start to finish. Turns out that's all you have to do, to make it to the top.

ALL done! I already have a couple of titles ready for the 2023 lists. Check back in for those in about 12 months time.
by David Bjerre 0 Comments