Once again I'm cheating a bit, because this is not a single shot, it's a whole sequence...

Indiana Jones and his companions are on the run from the evil Mola Ram. They jump into a mine car and take off, but Mola Ram's henchmen take pursuit. What follows is a perilous high speed chase through narrow tunnels, with more near-miss moments in a single scene than most films have in total. The chase cuts between live-action shots with the actors, filmed on a limited set, and miniature models shots.

Several hundred feet of miniature tunnel was created, using aluminum foil and brown paper, rigged with miniature lights and other details to sell the illusion. The tunnel was shot with a modified Nikon camera, because if a standard camera had been used, the tunnels would have to be twice as big. 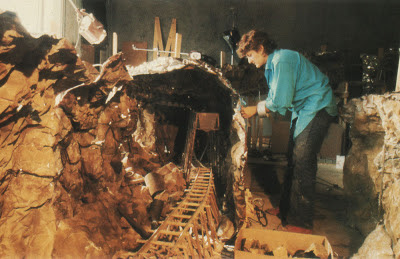 The small-scale mine cars were occupied by puppets of the actors, some ten inches tall. They were moved using stop motion, or by radio control in the tunnels that were too tight for stop motion animator Tom St. Amand to access. Other details included blue screen photographed mine cars - for a shot where the bad guys go off the rails - a lava pit, created with red gels and small pieces of cork, and separately shot sparks for the wheels. 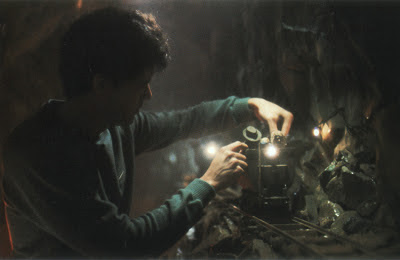 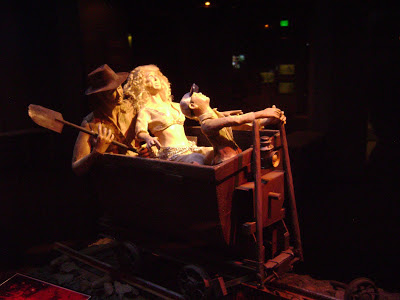 Carefully matching the lighting between the full-scale set and the miniatures, plus some very clever cutting, sell the scene. Effect cameraman Mike McAlister spent four months shooting the sequence! 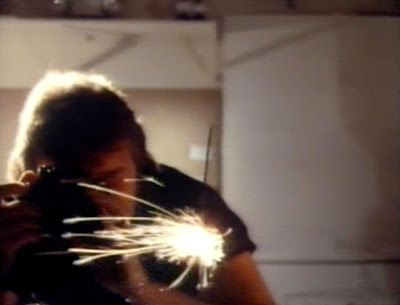 I guess if I have to be honest, it's pretty obvious, looking at the scene today, that there are miniatures and puppets involved, but when the mine cars are running at full speed, and Indy is fighting for his life, I completely forget all about that...

If that isn't movie magic, I don't know what is. 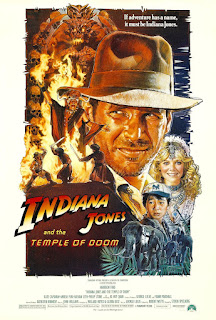