The first thing you need to know about this film is that Rachel Nichols dies in the first scene, before the opening credits. Yes, the very Rachel Nichols whose name they wrote above the title. They did this to con you into seeing the movie and that's not right. Killing the beautiful, charming, fantastic goddess Rachel Nichols, by letting her be punched to death, is also not right. In fact it's the most profoundly stupid thing you could do. 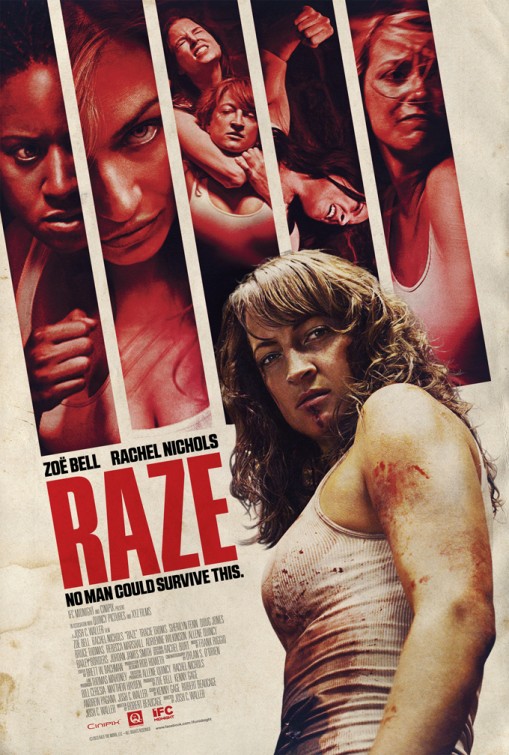 The "story" of Raze is very simple: A group of random women wake up in nondescript concrete cells and are told to fight one-on-one to the death, or their loved ones will be killed. What follows is a series of fights between hot chicks. They're all dressed in identical clothes, and they all fight in the same tiny, stone-walled arena. The fights pretty much all look the same as well.

Yup, it's just as boring and monotonous as it sounds. If you thought Mortal Kombat (1995) was simple and juvenile, I've got some news for you. It's freakin' Doctor Zhivago next to Raze. 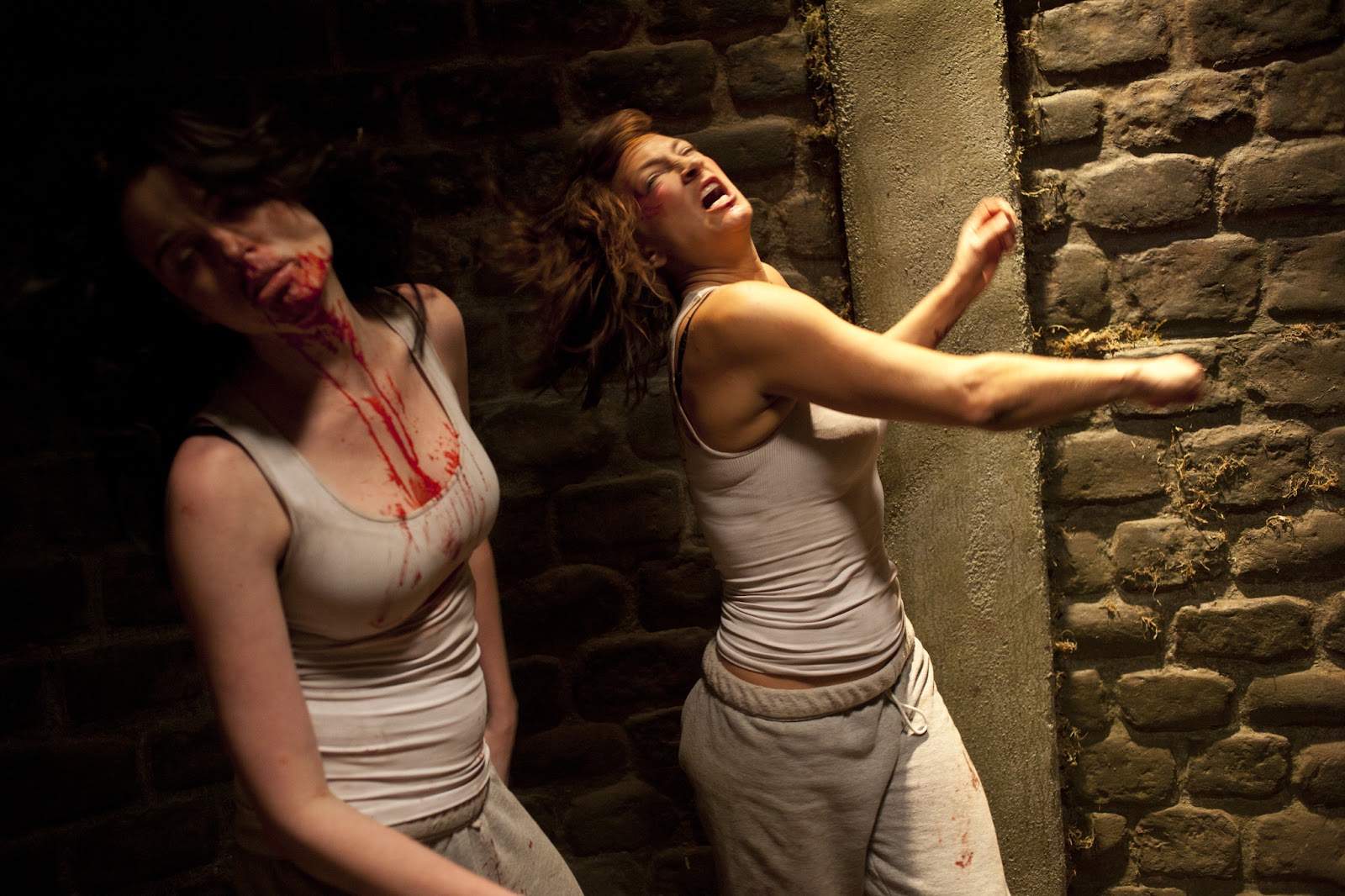 Between the fight scenes we get a backstory of sorts (this whole thing has been set up by some rich folks who enjoy watching fights), and we get close-ups with the ladies in their cells, as they share their thoughts while they wait, which reminded me of acting-class exercises ("Tell me about your mother, go!").

I enjoy watching beautiful women kick ass on film. There's nothing sexier. What I don't enjoy is watching women beat each other to a bloody pulp in bare-knuckle fights. Or men for that matter. Not on film, not in real life. Which is why I never attend boxing matches. But when you get right down to it that's all Raze really is. An unimaginative compilation of fights. Nothing more. There's no story, no characters, and no point. 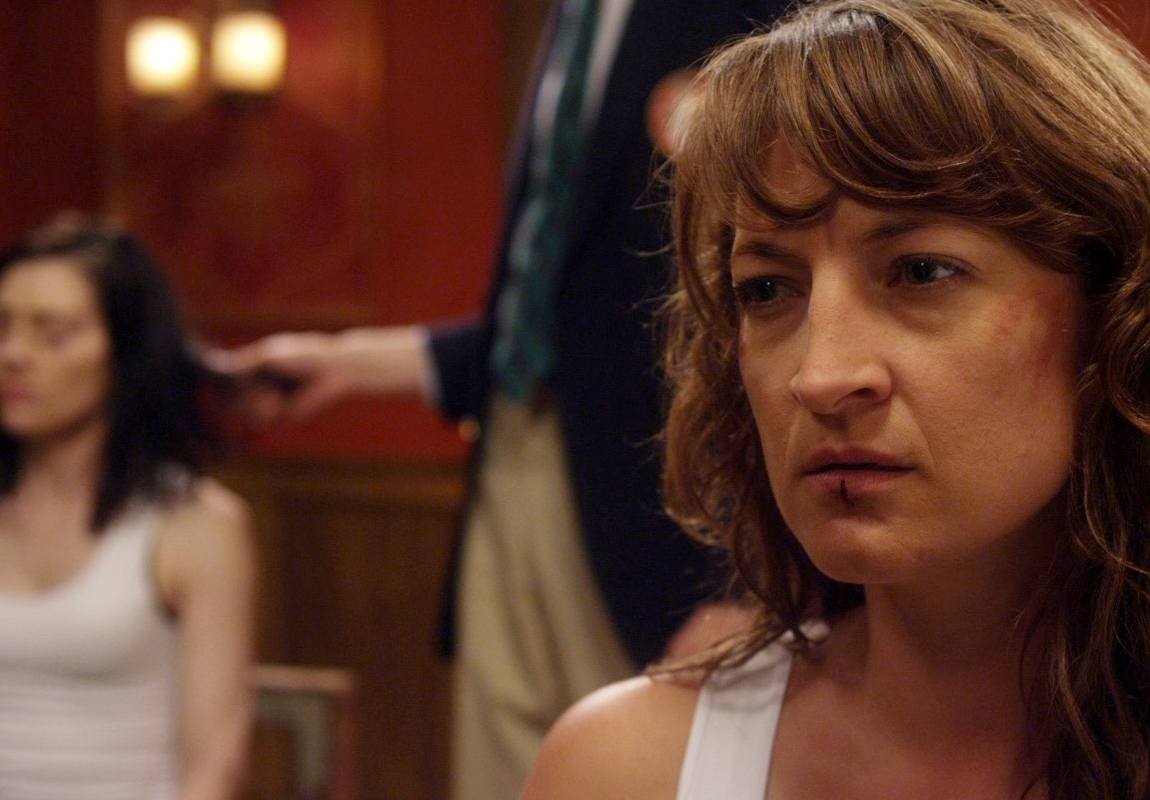 And since they KILL RACHEL NICHOLS IN THE FIRST SCENE (I want to be sure those who just skim the text catch that point) Zoë Bell has to carry the film, which she can't. Never send a stuntwoman to do an actress' job. So add "no acting" to the list of vices.

I'm sure you can read a lot of misogynistic themes into Raze, and get awfully upset about the whole thing, but I doubt that was the filmmakers' intentions, so I'm not going to go there. The simple fact of the matter is that Raze is a bore. Oh, and the ending is almost as dumb as the opening.
by David Bjerre