Here we go. The best film experiences I had in 2019. Now, we're talking! I'm expecting spaceships! Submarines! Cheesy love stories! All the things we love the most.

On paper this sounds like any old direct-to-video action movie, but wait. First of all it's directed by J.C. Chandor, who did All is Lost and Margin Call. So right there you know we're in a different, much more classy arena than any old Seagal movie. Then it's got gruff Batman-era Ben Affleck, and the often likeable Oscar Isaac in the leads. On top of that it's a heist movie! Forget the hopeless Netflix description, this is simply a super cool heist movie in a jungle! It's a macho film for sure, but it's got a bit more edge than one would expect from such a film.

There are some very peculiar aspects about this Alien invasion movie. The actual invasion is covered during the credits, so it's already over when the film begins. At one point the lead character disappears from the screen for over 20 minutes. And the movie as a whole feels like the middle part of a trilogy, except there is no part 1 or 3. Having said that, Captive State has got some moves. It's intense, it covers relevant social and political issues, and the whole atmosphere is almost suffocating at times. In a good way. It almost plays like a war film, one of those that depict how it feels to live under the rule of a foreign invading force. And on top of that it's got aliens! Really freaky looking ones too.

This is a fairly low-budget film. A simple love story between two people. Except it's also a film about the search for intelligent life in the universe. Arguably the biggest question in science. The way this film juxtaposes these two completely different stories is fascinating. Real-life couple Patrick J. Adams and Troian Bellisario sell the intimate love-story so beautifully, and the film doesn't dumb down the technical aspects of the science part of the equation.

The true story about how Ford got pissed that Ferrari didn't think they were cool and decided to kick the greasy bastards at their own game. This is a delightfully cocky film. It does require a bit of interest in cars and race-car driving, but if you can muster that, you're in for a treat. Super slick, good-looking, old-fashioned Hollywood filmmaking at its best from James Mangold, with captivating performances from Matt Damon and Christian Bale.

The setup for this is so unusual. There's a serial killer. And there's a cop who can't catch him. But then we add a seasoned gangster who miraculously survives an attack from the killer. Now the gangster needs to show he's still in control by catching the killer, so he strikes a deal with the cop! It's sounds a bit silly perhaps, but the film plays it surprisingly straight and even includes the legal aftermath of the events, while taking a few jabs at the judicial system. Still, it's those scenes where the disrespectful young punk of a cop and the ice-cold vicious gangster go toe-to-toe that truly make this film irresistible.

10) Dora and the Lost City of Gold

No, don't laugh at me. And don’t be so judgy. That's not nice, and also, you haven't seen this movie, right?

This live-action remake of the animated kids show Dora The Explorer turned up the age level, added some self-referential humor and topped it off with a giant dollop of spunkiness. Isabela Moner in the lead is so utterly charming that it’s impossible not to smile when she’s on the screen. Sure, the core story is fairly silly, Indiana Jones light stuff, but that doesn’t matter when you're in such good company along the way. And you will sing the theme song to yourself when it's over. Oh yes, you will! 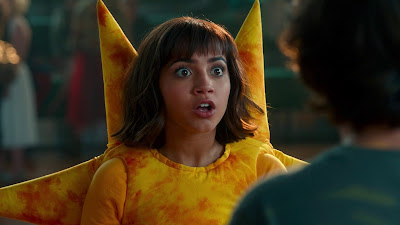 9) Star Wars: The Rise of Skywalker

JJ Abrams had an almost impossible task on his hands, even bigger than the one he had in 2015, when he was asked to create the first real Star Wars film since 1983. With Rise of Skywalker he had to deal with Rian Johnson's Burn-It-All-Down divisive The Last Jedi, and he had to deliver a film that somehow resolved the new trilogy and the whole 9-movie Skywalker saga. He almost succeeded. Almost. The final movie bears the marks of a chaotic switch behind the camera, a shortened pre-production phase and the loss of the movie's biggest star. The opening is a mess (you never open a film with a montage - never!), the core story is dangerously close to Marvel's utter shittastic "let's find a purple dice" plots, and the whole project generally feels a bit rushed.

However, it also has an ingenious bad guy, truly interesting good vs evil / nature vs nurture plot strains and a genuinely moving final image. It also manages to tie the most central piece of the puzzle together - the story of the two lead characters - despite the different directions Force Awakens and The Last Jedi seemed to be heading in. And there are quite a few stunning visuals too. I saw it twice just to be sure it didn't deserve a higher placement. I'm confident it belongs here.

I was expecting very little when I decided to watch all 12 horror movies of the first season of Into the Dark. The Body was the first and the best (though a few others came close). It was the Halloween story and that was the exact right setting for this devilish little tale of a hit man who is forced to join a Halloween party dragging an actual dead body. The two leads were marvellous and I could have spent an hour more in their company.

I did two things after I watched this film on VOD. I immediately ordered the 4K disc and I bought a small plush toy version of the eponymous creature. That should tell you all you need to know. I freakin’ loved this adorable animated movie. It's got a little more focus on heart than on humor, compared to most animated films. It's feels less aggressive. The girl in the lead is cute as a button, the abominable one is an irresistible fluffy delight, and the journey they take together feels honest and relevant. And I hope they never make a sequel because this is perfect just the way it is. 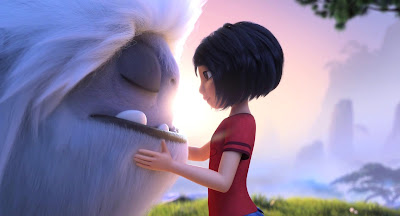 Fun, energetic adventure film about a timid meteorologist and an emotionally scarred ballon operator who try to break the record for the highest ascent. Some will try to sell The Aeronauts as the reunion of Eddie Redmayne and Felicity Jones, the team from The Theory of Everything, but this is a much more delightful and fresh film that doesn't feel like a chore you have to sit through. The story is tight, focused, and so bloody thrilling. This is a beautiful, magical movie. 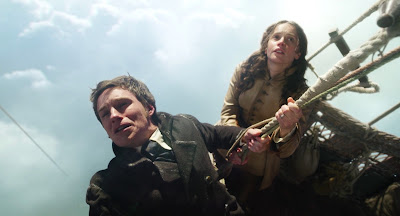 5) The Man with the Magic Box

2030. A man in Warsaw begins to suspect that his radio is a time machine. I mean, if you're not already hooked.... This is a fascinating, twisty, timey-wimey, science fiction, neo noir flick. It's gorgeous! It's challenging! And it's Polish! It's got traces of Children of Men, Twelve Monkeys, Blade Runner and Dark City in its DNA. The core of the movie, though, and the reason it works is the heartbreaking love story. I have to see this again. Soon.

Newcomer Zack Gottsagen plays a young man with Downs Syndrome, who just wants to meet his wrestling idol. Shia LaBeouf plays the shady fisherman who ends up helping him. The adventure they take on is simple, but this movie hit me square in the heart, and I enjoyed the hell out of every moment I got to spend with these two devils. I found it impossible not to fall in love with this charming little tale. It’s got so much heart and the film deals so elegantly with its main themes. Shia is such a good dude, he deserves a break!

3) In the Shadow of the Moon

You thought you signed on for a serial killer thriller, but the first scene already gives the clue away. The year is 2024 and then we go back to 1988. Yes, this is a time travel story! We follow a cop on the trail of a mysterious killer who seems to show up every 9 years. The first half hour of this is insane. If you’re not hooked by then, you’re either dead, or you haven’t been born yet (see, time travel humor).

With each time jump we learn more and more about the bizarre situation, which reveals a harrowing plot, far removed from the story the opening act seems to suggest. The film is inventive, stylish, and with a challenging moral dilemma at the core. Netflix bought it, which always makes one suspect that something went wrong along the way. It didn’t. This is as sharp and gripping as they come.

2) Spider-Man: Into the Spider-Verse

The biggest surprise last year was this animated treasure-trove. Coming at the tail-end of Marvel's unbearable barrage of assembly-line crap and the third live-action reboot of the web-slinging favorite, this still managed to find some heart in the familiar story, and an angle that felt fresh and new.

First of all this is a truly stunning film. I mean it's unbelievably beautiful. The kind of film that makes you wish you could nominate animated films for best cinematography at all the awards (Well, I guess technically you can, it's just not done). The visual style is an explosion of inventiveness, and it's much too dense to absorb in one sitting. I've seen this three times now, and every viewing brought new things to light. There are so many wonderful, thoughtful details. Plus, it's a delightful story! It's inclusive, it's aspirational. It's what a good superhero movie should be.

I was so nervous about this. I loved the book. I loved Goodfellas. I was so ready for the perfect combination of director, cast and source material. And I got it!

The Irishman lived up to all my expectations! The CGI de-aging was a non-issue, the choices made in the adaptation made sense to me, and boy was it great to watch DeNiro, Pacino and Pesci together again for the first time doing what they do best. I know it's three and a half hours long, and you must watch it in once sitting, and it can't be on a smartphone, but if you give this film the treatment it deserves, I promise you it'll make it worth your while. And no, I'm not going to call this an offer you can't refuse. You absolutely can refuse this offer. But you'll be missing out on a true gem. One of those "They don't make 'em like they used to"-films we always say want more of. 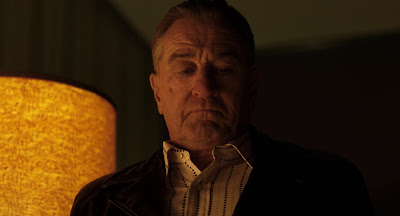